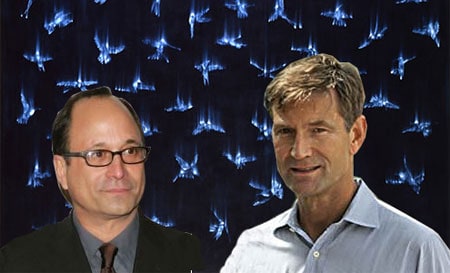 Gay North Carolina Democrat Jim Neal, who is gunning for Elizabeth Dole’s Senate seat, is headed to New York for a fundraiser at the end of the month being thrown by artist Ross Bleckner.

Neal told Page Six: “I am gay and the most viable gay person to ever challenge an incumbent US senator in what many consider a ‘red state’ — it’s anything but. I am going to win this damned race and shatter another glass ceiling.”

Neal told voters last October that he’s gay, and he’s determined: “I’m not running this race to lose. I’m not running to make some social statement. I’m running to lead in the Senate for the voters in NC– something Senator Dole has not done. When people meet me, they’ll see beyond the labels and into my character.”

When told by one voter that the right wing would be after him for his sexuality, Neal responded: “I’m a big boy. I can take it and I can dish it.”

You may have missed…
Jim Neal, Challenger to Elizabeth Dole in NC, Says He is Gay [tr]