I’m sure many of you would beg to differ. 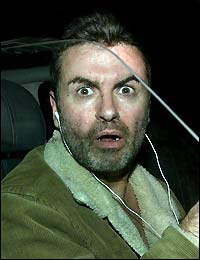 “Both tend to rely on local landmarks to get around, and are also slower to take in spatial information. The computer-based tests were carried out on 140 volunteers, and demonstrated that gay men, straight women and lesbians navigated in a similar way, sharing the same weaknesses. The results back earlier studies supporting the stereotype that women are poor navigators. Although women are more successful in tests requiring them to remember the position of objects, men consistently do better in tasks requiring navigation and uncovering hidden objects.”

The lead researcher, Dr Qazi Rahman, did say that “divisions between sexual groups were not straightforward” and that “Gay people appear to show a ‘mosaic’ of performance, parts of which are male-like and other parts of which are female-like.”