LZ Granderson, a columnist for ESPN.com, says he was confronted by a group of men in New Orleans last week during NBA All-Star Weekend who taunted him with anti-gay slurs. Granderson says he fears that it would have escalated had a couple of policemen been nearby. 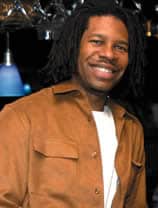 Writes Granderson: “When the first one pushed me in the back, I remember thinking I was going to die. After a second shove, I had no thoughts at all — only fear. This is how I spent a portion of my Saturday night during NBA All-Star Weekend — being gay bashed because the size large T-shirt I was wearing wasn’t large enough for someone else’s comfort. As I walked by the group of men — on my way to the Playboy party, no less — one of them called me a faggot. Then another joined in. They followed me for a while, continuing to hurl names at me. I tried to ignore it but eventually the “Detroit” came out of me and I turned around and said some things I probably shouldn’t have. Next thing I know I’m surrounded and wondering if I’m going to see the dawn and if not for a pair of New Orleans policemen who saw trouble brewing and yelled at the group to break it up, I might not have.”

Granderson also discusses the Brady Quinn incident and urges professional sports to take more action toward homophobia among its players.

Previous Post: « Right Wing Readying Scandal Attack Against Democrats?
Next Post: Twink Who May or May Not Be Zac Efron ‘Busted’ in Gay Kiss Photo »