A gay officers group is furious that a judge reduced the charges and may dismiss the case against former Philly news anchor (KYW-TV) Alycia Lane, who was arrested in December after a traffic altercation in which she emerged from a cab and struck a female police officer across the face, calling her a “fucking dyke”. 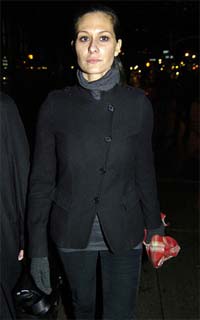 Yesterday, the Philadelphia Daily News reported: “Things are looking up for Alycia Lane. Sources tell us that Lane’s attorney, David Smith, and the Manhattan District Attorney’s Office have agreed to a deal, to be made formal at her Feb. 25 hearing in New York, for an adjournment in contemplation of dismissal, or an ACD. An ACD, according to New York Criminal Procedure Law, means Lane would get up to six months’ probation, after which, if she stays out of trouble, the court would dismiss her case.”

According to Newsday, “The New York City Region of the Gay Officers Action League said it was ‘outraged and deeply concerned’ that prosecutors downgraded charges against Alycia Lane from felony assault to misdemeanor obstruction of government administration and harassment…The decision not to prosecute Lane on the original charges, it said, sends a ‘disturbing message’ to the public. ‘If people cannot control their anger and hatred and choose to confront and injure a police officer, then what chance does the everyday citizen have of expecting a general sense of personal safety in our city?’ the league’s executive director, Thomas Verni, said in a statement.”