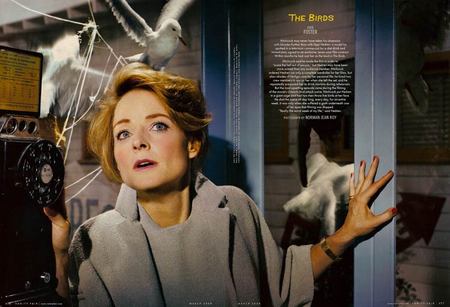 Here’s Jodie Foster in The Birds shot by Norman Jean Roy from Vanity Fair‘s great Hitchcock homage in the Hollywood Issue. AFTER THE JUMP, a few more of my favorites…

Marion Cotillard in Psycho shot by Mark Seliger, Seth Rogen in North By Northwest and Emile Hirsch and James McAvoy in Strangers on a Train both shot by Art Streiber. 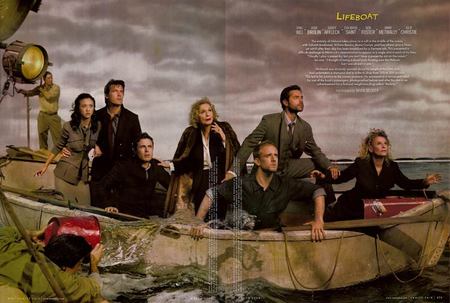