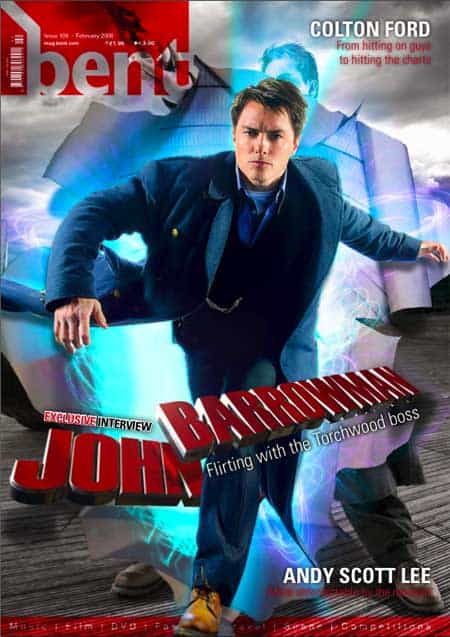 Says Barrowman: “My nieces and nephews have known I was gay since they were born. It’s always been Uncle John and Uncle Scott and that’s the way it should be. People joke, ‘Oh John, get off your soap box’, but it is a soapbox and it’s something that matters to me. It’s normal, we have partners, we have sex, and we do the same, well, sort of things that men and women do… I’ve worked a lot with kids and kids don’t care, they are open to stuff. At a signing a father asked his five year old son if he wanted my autograph and he said ‘yeah, I don’t care if he likes men, he’s still my hero’.”

Barrowman recently lent his support to a campaign by UK gay rights group Stonewall to fight homophobic bullying in schools, and the campaign is now set to go national. The UK will soon be plastered with hundreds of posters and stickers that hope to raise awareness about bullying and hate crimes.

The campaign will occupy space donated by Titan Outdoor Advertising Ltd in 53 locations in Scotland and hundreds of others across England and Wales. Said Barrowman : “Join me in Stonewall’s Education for All campaign and help exterminate homophobia. Be bold. Be brave. Be a buddy not a bully.” 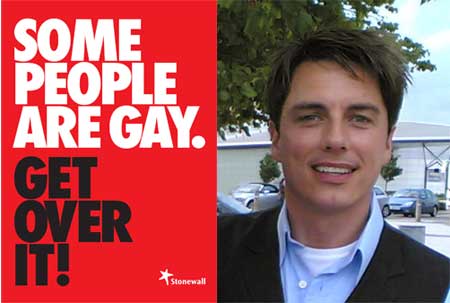