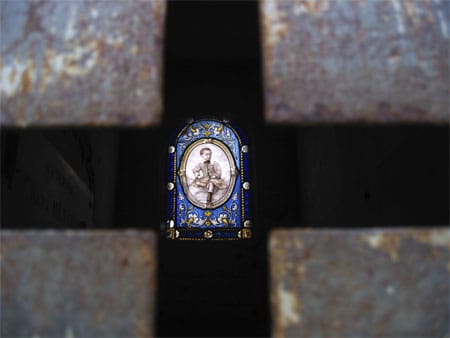 Here are a few uplifting (not) stories off the wires:

A minister and former Christian college instructor in Canada was found guilty of sexually assaulting a young man who came to him for ‘therapy’: “In earlier testimony, the alleged victim, now 29, told court he started meeting Lewis for counselling sessions in early 2000 after his parents caught him viewing gay pornography on the family computer. Lewis — a family friend and minister — confided he had his own sexual identity issues and the two embarked on weekly counselling sessions designed to ‘assist me to be straight and to live a straight life,’ the man said. The man said Lewis started a program of ‘touch therapy,’ which included the two kissing and fondling each other and engaging in sexual roleplaying. ‘He said I was to tell no one about it because no one would understand,’ the man testified.”

And in Texas a Catholic priest accused of sexually molesting children in two states is HIV-positive, officials say: “Last week, a leader in the Catholic Diocese of Fort Worth heard someone mention that the Rev. Philip A. Magaldi has the virus that causes AIDS, said diocese spokesman Pat Svacina. The diocese leader then got verbal confirmation from Magaldi as well as a letter from his doctor who said he has HIV, Svacina said. Church officials said they believe he has been HIV positive since 2003. The diocese then alerted the alleged victims — at least five minors in two states — and the parishes where Magaldi served for nearly four decades, Svacina said.”