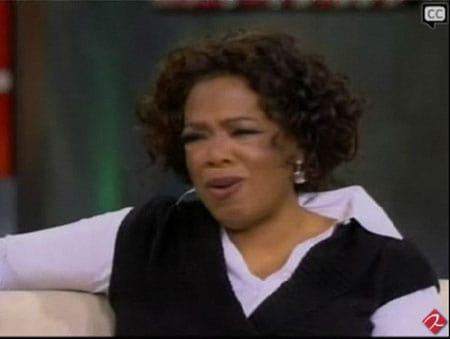 Earlier this week, Valerie Bertinelli appeared on Oprah to promote her new memoir, and the two got into some girl-on-girl talk.

OPRAH: You also wrote about passionately kissing another woman while you were married.

BERTINELLI: Did I write about that?

BERTINELLI: She was a good kisser. She really was. Have you ever kissed a woman?

BERTINELLI: We don’t want to start those rumors again.

BERTINELLI: No. No, I believe you!

OPRAH: And if I had, I’d have let you know. I’d have told you years ago.

Leaving behind the speculation about Oprah’s sexuality, you would think that a woman curious about so many things would have at least tried kissing a woman.