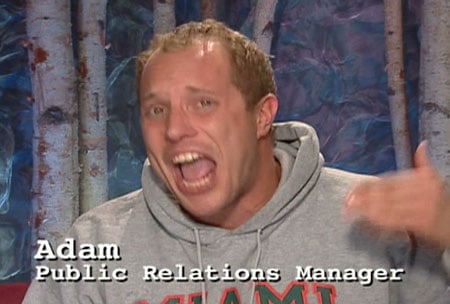 Big Brother’s bigoted bigmouth Adam Jasinski scored another one for the losers last night when he referred to gay contestant Joshuah on the live feeds as a “faggot” who should “go back to the gay bar.”

Previous remarks by Adam, in which he referred to autistic children as “retards”, prompted Loews to pull its advertising from the show as well as demands from Autism United that Adam be terminated immediately and the show be canceled.

We’ll see if the gay slur makes it to broadcast.