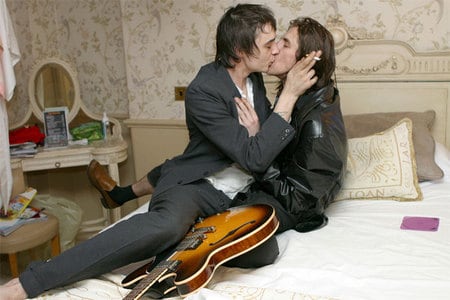 Yesterday, there were some photos of Babyshambles singer Pete Doherty that surfaced over on Perez Hilton’s site of Pete Doherty allegedly caught in a gay sex act. The story was picked up by more mainstream news organizations. After a little investigation I discovered that the photos are actually from 2004. They were shot by photographer Andrew Kendall and show Doherty making out with Peter Wolfe (known by Wolfman), one of Doherty’s best friends who co-wrote the song “For Lovers”.

So, just a typical exchange of rocker spit, and your run-of-the-mill f–ked up day for Doherty. 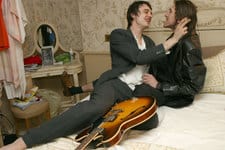 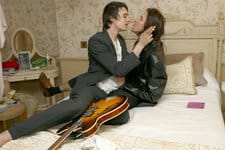