The Seattle Times reported over the weekend on the $160 million bequest of early Microsoft employee Ric Weiland, who took his own life in June 2006 after suffering from depression. The Pride Foundation in Seattle, to which Weiland left $19, was directed to distribute another $46 million among various LGBT organizations: 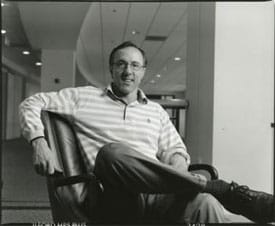 “It has taken more than a year to sort out his estate, and the full scope of Weiland’s giving is now starting to emerge. The first disbursements began last summer and will be completed sometime this year. For the Pride Foundation, which has an annual budget of $2.5 million and endowment of $3 million, Weiland’s gift of more than $19 million will significantly expand its efforts throughout the Northwest. The money will support anti-discrimination campaigns and programs to help youths, develop future leaders and provide scholarships. ‘It’s a gigantic investment in our equal-rights movement,’ said Zan McColloch-Lussier, the Pride Foundation’s director of communications. ‘It will be here long after our kids’ kids are gone.’ Weiland gave another $46 million to the Pride Foundation to distribute to 10 national organizations over eight years.”

The full list of those benefiting from Weiland’s estate, AFTER THE JUMP…