Simmie Williams, Jr., a 17-year-old gay man, was shot and killed on Sistrunk Boulevard in Fort Lauderdale over the weekend and officials are trying to determine whether or not the attack was based on Williams’ sexual orientation: 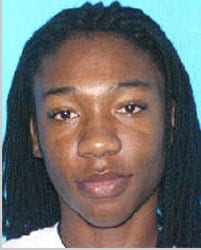 “Simmie Williams Jr., 17, was attacked on the 1000 block of Sistrunk Boulevard by two young men who wore dark clothing and might live in the neighborhood, police said. Williams, who was wearing a dress and was known in the area by his first name or as ‘Chris’ or ‘Beyonce,’ was shot about 12:45 a.m. Friday and soon afterward died at Broward General Medical Center, police said.It’s unclear what Williams was doing in the area, about four miles from his house, but police are investigating whether he was working as a prostitute, officials said. Williams’ mother said her son was openly gay, but she didn’t know what he did when he went out at night, and she didn’t know he wore women’s clothes. ‘I gave him $2 for the bus and he never came back,’ said Denise King, who lived with her son west of Fort Lauderdale. ‘He was a quiet person, kept to himself. He had a lot of friends. He wasn’t a troubled child. He was a happy person.’ At the same time, being black, gay and dressing in women’s clothing made Williams ‘a minority within a minority within a minority,’ said Grant Lynn Ford, dean of Sunshine Cathedral in Fort Lauderdale, a church that ministers to gays, lesbians and their families.”

There were apparently words exchanged before the shooting, and any hate crime charge will likely be based on that. More on this as details become available…