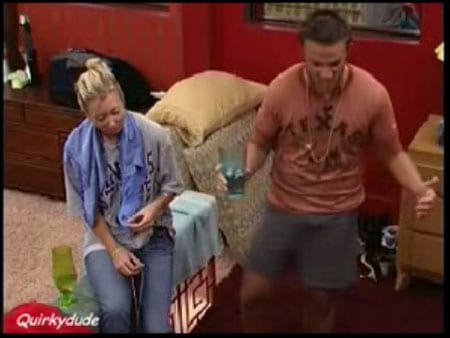 Last night on Big Brother 9‘s live feed, gay housemate Joshuah attempted to educate James, Chelsia, and Sharon on the ins and outs (so to speak) of gay sex. He also spreads some misinformation about protecting oneself from HIV:

James, however, appeared not to need much education.