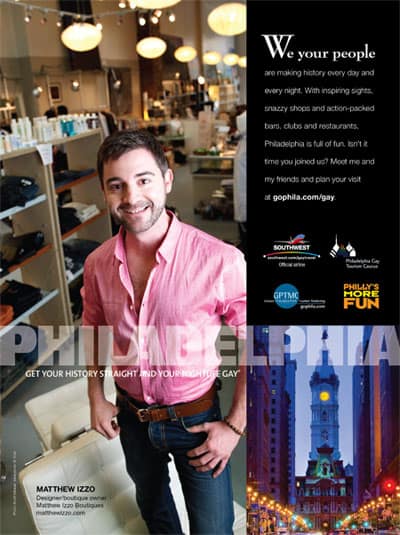 Philadelphia is featuring its locals in a series of travel ads to be launched this week hoping to attract LGBT tourism. The “We Your People” campaign will target local newspapers in Chicago, Ft. Lauderdale, Pittsburgh and Columbus to be followed with national gay magazines and promotions by Southwest Airlines and The Greater Philadelphia Tourism Marketing Corporation

Previous Post: « Johnny Weir: My Sexuality is Sacred, as is My Hand Lotion
Next Post: ‘Pro Life’ Running for Larry Craig’s Seat in Idaho »