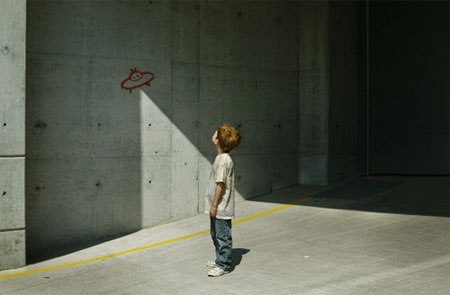 Roger Ebert wrote that he once viewed 2001: A Space Odyssey (which Clarke co-created with director Stanley Kubrick) “at Cyberfest 1997, a birthday celebration for HAL 9000, who reveals in the film that he was born in 1997 at the university’s computer lab.” Wrote Ebert: “(There was a panel discussion featuring Arthur C. Clarke, live from Sri Lanka, on a huge screen over the stage; told by a panelist that HAL “sounded gay,” Sir Arthur said, “I think you’ll have to ask HAL about that.”)”

People speculated over the years about Clarke’s sexuality. In 2000, The Guardian wrote: “Clarke’s private life remains a mystery. He was married briefly to an American, Marilyn Mayfield, now dead, whom he met while diving in Florida in the 50s. Asked whether he is gay, Clarke always gives the same puckish pro forma answer: ‘No, merely cheerful.'”

Here’s the NYT obit. For those of you who wish he had come out of the closet, here’s an alternative one.

AFTER THE JUMP, watch a video clip recorded in December 2007, A Last Message from Arthur C. Clarke.