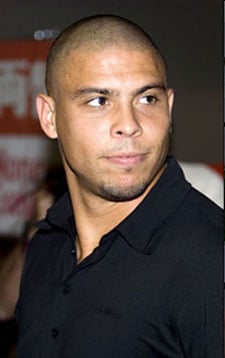 Brazilian footballer Ronaldo caught up in tranny hooker extortion plot: “He told police he knew they were hookers, but didn’t know they were dudes. He took the three trannies to a motel where he discovered the truth. He offered them around $600 each to leave. Two of the trannies accepted, but the other tranny, Andre Luis Ribeiro Albertino (above), demanded $30,000 or else.”

Out has an exclusive excerpt from John Barrowman’s new autobiography, Anything Goes.

Philadelphia Mayor Michael Nutter appoints liaison to LGBT community. Mayor: “For the first time, the LGBT liaison will actually be operating out of the mayor’s office, working across city government to advocate for the needs of Philadelphia’s LGBT community.”

Police raid gay sauna in Israel: “The association’s chairman, Mike Hammel, said that ‘the sauna is a meeting place for men looking to meet men.’ Hammel received many complaints from the sauna’s visitors accusing him of slander. The sauna is viewed as a recreational place for gays around the world. In Tel-Aviv, for instance, there are three running saunas. A. established the sauna in Haifa a few months ago, investing large sums of money, and has run it ever since. This is the only place in the north serving as a meeting place for the gay community. ‘Saying that this place provides prostitution services, is simply ignorance and stupidity’, he said to Ynet. ‘Only in Haifa can they come to a place for gays, remove people as if they were a herd of animals, and simply place them under investigation for prostitution.'” 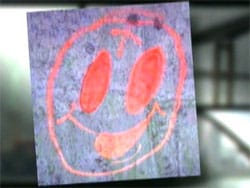 Smiley Face: Investigators discover common link between 40 murder cases of young men across the country. “Gannon and Duarte have done something that no other law enforcement agency has ever done in this case — they looked at the big picture and visited each site where the young men disappeared. While most local investigations focused on where a body was recovered, Gannon and Duarte tried to figure out where the body went into the river. City after city, when they’d find the spot where the body went in, they would find something else: The symbol of a smiley face.” 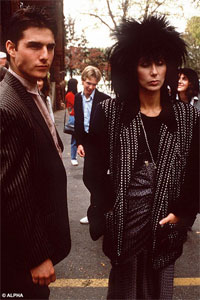 Cher reminisces about affair with Tom Cruise: “It could have been a great big romance because I was crazy for him.”

Lipstick Jungle‘s Robert Buckley doing what he does best.

Military responds to disgusting video of conditions at Fort Bragg: ” Frawley’s 10-minute video shows still photos from throughout the building, which appears to be falling apart and filled with mold and rust. Paint — which Frawley said is lead-based — is chipping. Ceiling tiles are missing. A broken drain pipe allows sewer gas into the building, while another one has tissues stuffed into it in an apparent effort to stop the gas from coming in. Photos from the communal bathroom show some of the most disgusting images. In one, a soldier stands in a sink to avoid what Frawley describes as 3 inches of sewage water that filled the floor when toilets overflowed.”

Letter from Bible beater to underwear company condemns “evil, immoral clothing that will keep souls out of the holy, heavenly kingdom.”

Who knew? Florida Governor Charlie Crist has a wife (or at least some want him to be seen that way).