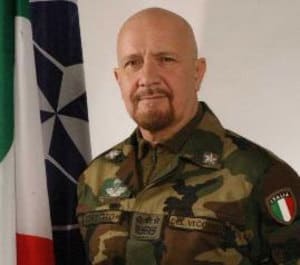 Says Del Vecchio: “I respect any legitimate and lawful choice by a person — but I believe that in a structure like the army, where activities are always carried out together, it is advisable not to declare or reveal one’s homosexuality. Also in my career I have encountered homosexual incidents and I acted in such a way that these situations would not happen again and those involved were relocated and employed in other areas. In any case, I have never dismissed anybody from the army for being gay.”

Previous Post: « Gay Kansas Student Who Faced Expulsion Returns to School
Next Post: Kern at 1000-Strong ‘Rally for Sally’: This is Not About Me »