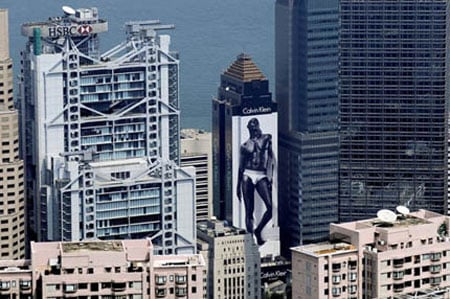 Regulators in Hong Kong, who received complaints of indecency about a 27-story Calvin Klein billboard featuring Djimon Hounsou draped on the side of the city’s soon-to-be-leveled Ritz Carlton hotel, took a good look at it and decided it wasn’t indecent. The billboard will stay up until April 15, at which time the wrecking crews will come and the city will lose its erection.