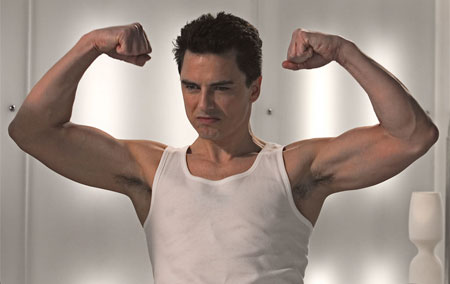 John Barrowman tells New! magazine that he occasionally uses Botox and offers tips for men who want to do the same:

“I don’t swear by it, but I think it’s quite good. The key is to not do the forehead. Men need forehead lines and doing the forehead makes you look like Nicole Kidman! If you’re going to do anything, just do it round the eyes, that’s all men need.”