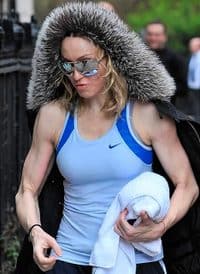 In a new interview with New York magazine, Madge defends Tom Cruise’s right to worship Scientology (though I think Jason Beghe would probably have a few things to say about that).

She also touches on connections between her interest in Malawi and speaking out in the early days of the AIDS crisis:

“There are a lot. One is that I myself feel like a motherless child. I grew up that way. But also the idea that I felt so helpless by the AIDS epidemic that seemed to sweep through Manhattan and claim the lives of so many people that I loved. And I saw how stigmatized the gay community was, and that freaked me out.”