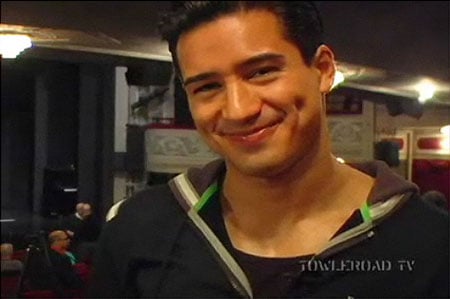 We know there are just a few Mario Lopez fans out there. In our second segment of Towleroad TV, correspondents Josh Helmin and Josh Koll talked to Lopez, who is debuting on Broadway in A Chorus Line tonight as the show-within-a-show’s director, Zach. Lopez talks about that role, as well as his new fitness book, A.C. Slater, and his gay fanbase. You’ll also get to see some of his Chorus Line moves.

Watch our second segment of Towleroad TV, AFTER THE JUMP…

Josh Koll and Josh Helmin write their own blog, Josh & Josh are Rich and Famous.