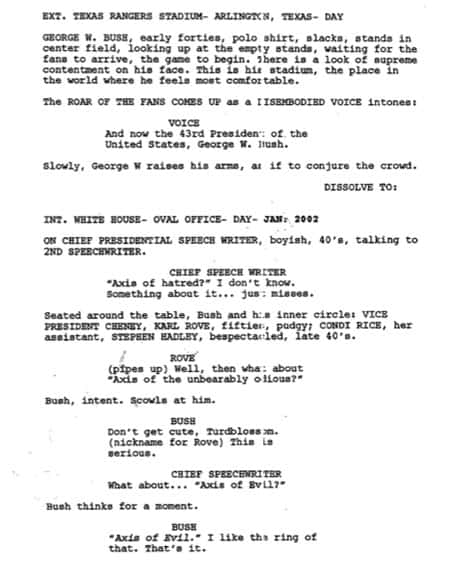 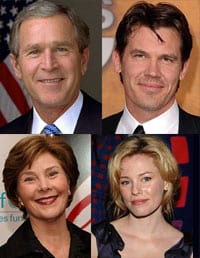 The Hollywood Reporter has published the opening scenes to Oliver Stone’s W flick which you can read above, and AFTER THE JUMP.

As we fade in, a couple of speechwriters as well as Bush, Cheney, Rice, Rice’s assistant Stephen Hadley, and Karl Rove attempt to come up with the “Axis of Evil” moniker. The scene then shifts to Bush at a drunken frat party at Yale.

Says the Reporter: “According to four Bush scholars who read a draft of the script, the tale has elements that are unquestionably accurate (like when George Jr. comes home drunk and nearly gets into a fistfight with his father) and elements that are just plain made-up (like when the president and his advisers discuss high-level policy in a casual, even frat-house, sort of manner).”

No doubt. But with lines like “Don’t get cute, Turdblossom,” I can’t wait to see it.

Josh Brolin as Elizabeth Banks have been cast as the first couple. Check out pages two and three of the script, AFTER THE JUMP… 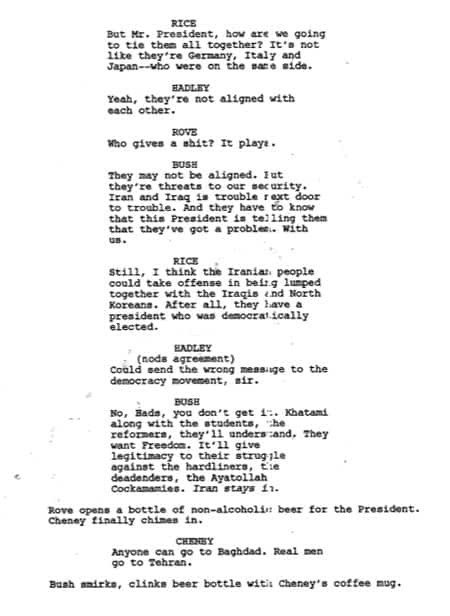 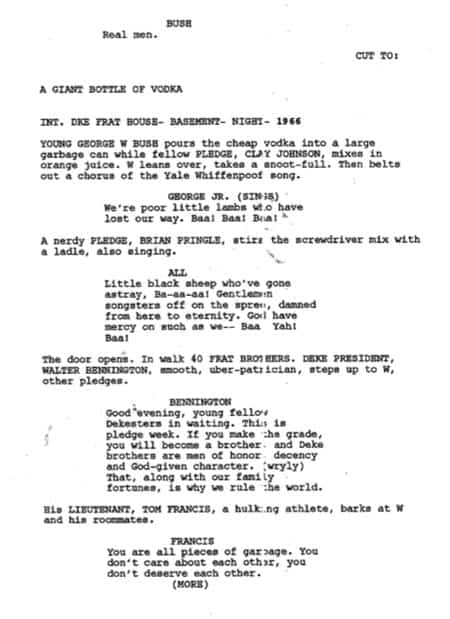 First Showing has a rundown of the cast so far.