Nor will he be appearing in any book named after a gay disco anthem. 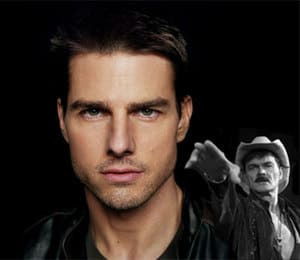 The NYDN’s Ben Widdicombe reports on a chat he had recently with the Village People’s original gay cowboy Randy Jones, who recently sold his memoir Macho Man to a publisher:

“Jones had a story about meeting Cruise in 1982, when the young actor’s most notable film was ‘Taps.’…’Tom and I had the same management company at the time,’ Jones told me at the new Bowery hot spot Antik. ‘I met him at a party Andy Warhol threw for Peter Gatien’s Limelight [nightclub offshoot] in Atlanta.’ To hear Jones tell the story, it was quite a party. But after calls went out to a spokeswoman and attorney for the ‘Mission: Impossible’ star yesterday, the book’s editor assured me that Cruise’s name had been removed from the final version.”