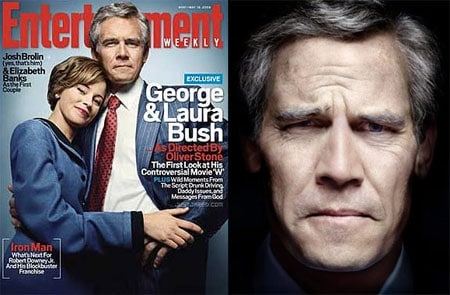 Here is the first shot of Josh Brolin and Elizabeth Banks as George and Laura Bush in Oliver Stone’s upcoming film W.

If you remember, I posted the first pages of the script back in April which feature the members of Bush’s team trying to come up with the name “Axis of Evil” and a flashback to a drunken frat party at Yale.