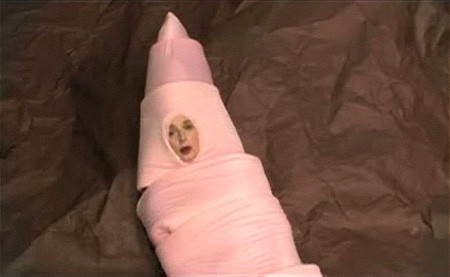 I think they’re fantastic and bizarre, but if I had seen them as a child I’m sure they would have been horrifying and seared into my brain forever.

Watch the Earthworm clip, AFTER THE JUMP…

Watch the whole series at the Sundance Channel.