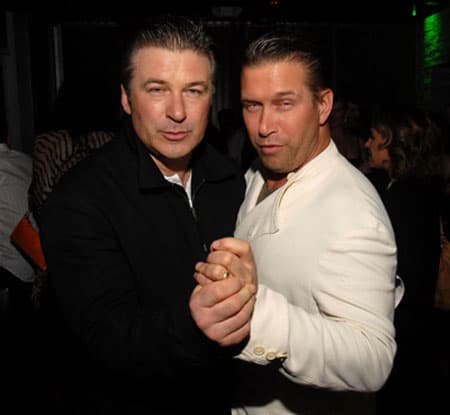 UK paper The Guardian talks to Alec Baldwin and asks him the pressing political questions:

“In 30 Rock, now in its third season, the characters play a game in which you have to choose whether to boff, marry or kill a random choice of three people. I ask Baldwin to choose between Hillary Clinton, Barack Obama and John McCain. Who would he boff, marry or kill?”

Baldwin’s answer: “‘I’d boff Hillary,’ he says, totally straight-faced. So that means he believes in gay marriage? ‘Well I’d have to because I wouldn’t want to sleep with Barack. Barack would just be my long-term companion, as they say. I’d have to have sex with a woman because I’m not gay. I wouldn’t want to have sex with Barack Obama or McCain. Obama’s wife perhaps. Anybody’s wife – Bush’s wife, McCain’s wife, but no men – not even operating the video camera.’ He pauses, weighing up all the options with due seriousness. ‘So I’d boff Hillary, marry Obama… and I wouldn’t want to kill McCain,’ he says contemplatively. ‘Maybe I’d lead him out into the woods and leave him there, and I’d come back and tell you that I’d killed him. But I’d lie, I wouldn’t really kill him. And knowing McCain, knowing his past in Vietnam, he’d make it back, he’d survive.'”

Which, of course, would not be acceptable to his brother Stephen…

Previous Post: « Male Fan Makes On-Field Grab for David Beckham
Next Post: Cyndi Lauper Will Take You Till You’re All Spun Up »