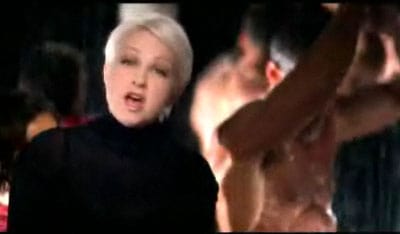 Cyndi Lauper just released the video for her new single “Into the Nightlife” which she shot at New York’s gay bar Splash. Adult film actor-turned-singer Colton Ford loaned his body out for the shoot.

Lauper will be participating in daytime TV’s first gay pride episode as she’s written into the Luke and Noah storyline on As the World Turns, airing on July 3rd.