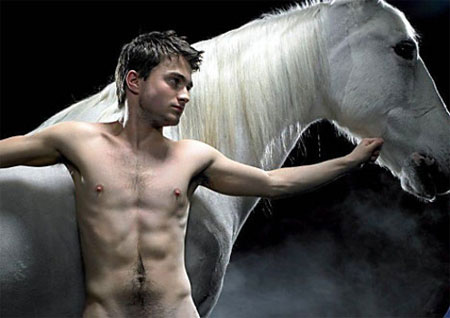 Daniel Radcliffe, bringing his nudity to Broadway in the fall for Equus, will likely be toning up a bit in the next few months.

The NYDN’s Rush & Molloy report: Stopping by the gift lounge before Sunday’s Tony Awards, the ‘Harry Potter’ star seemed too mindful of his nude scene in ‘Equus,’ due here in the fall. He grabbed himself a Skorcher Butt Machine. ‘They don’t have things like this in England,’ he told us. ‘We never get gifts!'”