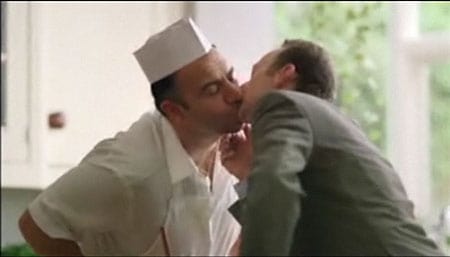 Heinz has just premiered an ad in the UK for its Deli Mayo which features a New York deli chef in the kitchen preparing lunch for the kids and the other parent as they head off to school and work.

Heinz’s new ad agency AMV BBDO told The Guardian “that the concept behind the campaign is that the product tastes so good ‘It’s as if you have your own New York deli man in your kitchen'”.

And the households that some of those kitchens are in just happen to be gay. Watch how quickly the ad’s concept is twisted from one kind of messaging into another.