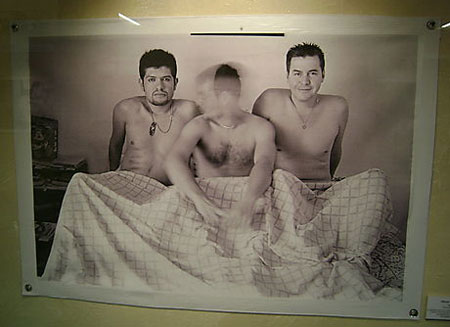 The subway in Mexico City at Metro Centro Medico has an exhibit of photographer Oscar Sanchez on display called “Familias Mexicanas,” featuring depictions of different types of same-sex couples in their domestic spaces.

According to blogger Daniel Hernandez, who documented the show, the photo above features Alfonso and Ruben, who met when they were 11 and 18-years-old, respectively. They became a couple seven years later and they’re in an open relationship. The guy in the middle, apparently, is their guest.