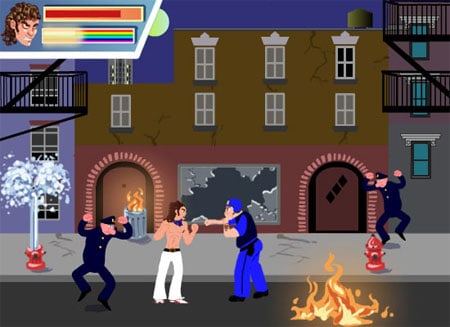 A flash game based on the 1969 Stonewall riots is to be released on June 22 to coincide with Gay Pride celebrations in New York. It’s designed by Eric Orner (The Mostly Unfabulous Social Life of Ethan Green) and Jay Laird of Metaversal Studios.

According to Gay Gamer, “The gameplay hearkens back to the old side scrolling brawlers like Streets of Rage and Ninja Gaiden…Orner and Laird hope that the launch of the game will educate younger LGBT folks on the events that led to the whole reason we are able to celebrate Gay Pride today.”