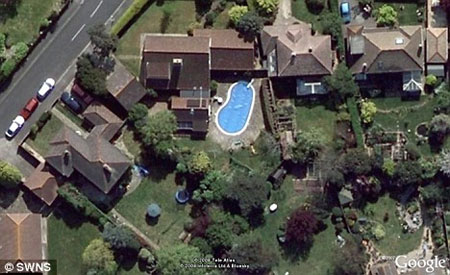 Summer is upon us, and authorities in Britain report that Google Earth and social networking sites are to blame for a new surge in pool-crashing. “The craze involves using the Google Earth programme, which provides high-quality aerial photos of Britain and other countries. Once a target is chosen, the organisers use social networking sites such as Facebook and Bebo to arrange to meet, say police. Officers said that residents have woken up to find youngsters ‘dipping’ in their back gardens, or have come home from work to a swimming pool full of beer cans. One group has already boasted on the internet that it held an event earlier this week. Sixteen people are said to have gatecrashed two pools near Bournemouth. The rules of ‘dipping’ often include wearing fancy dress and participants are urged to ‘bring a bike’ to escape if discovered.” 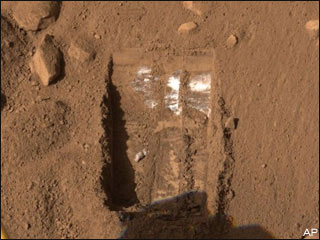 Scientists are now nearly certain that they have found ice on Mars: “In a photograph released Thursday evening of a trench that the Phoenix Mars lander has dug into the Martian soil, some white patches that were seen earlier in the week have shrunk, and eight small chunks have disappeared. Until now, scientists were not sure if the white material was ice or some kind of salt. When exposed to air, water ice can change into water vapor, a process known as sublimation. Salt, on the other hand, is not capable of such a vanishing act. ‘It must be ice,’ said Dr. Peter H. Smith of the University of Arizona, the mission’s principal investigator. ‘The whole science team thinks this. I think we feel this is definite proof that these are little chunks of icy material.'”

Firefox 3 was released this week, and over 8 million copies of the popular browser were downloaded in the first 24 hours. Security flaws were found almost immediately. 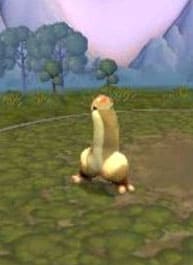 As I mentioned earlier this week, the Spore Creature Creator was released this week as well, leading to some, uh, intelligent design. Here’s a first look from Macworld.

Apple’s iTunes music sales this week topped 5 billion songs: “Apple on Thursday said music sales on its iTunes store have topped 5 billion songs, and visitors are renting and purchasing more than 50,000 movies each day. Apple, which has surpassed Wal-Mart as the leading music retailer in the United States, put out a brief press release on the latest numbers, offering no further details. The company has a catalog of more than 8 million songs, 20,000 TV shows, and 2,000 films, including 350 in high-definition format.”

A 52-year-old man, suffering from advanced skin cancer, made a full recovery after being injected with billions of his own immune cells in a first-of-its-kind treatment: “After two years he is still free from the disease which had spread to his lymph nodes and one of his lungs. Doctors took cells from the man’s own defence system that were found to attack the cancer cells best, cloned them and injected back into his body, in a process known as ‘immunotherapy’. Experts said that the case could mark a landmark in the treatment of cancer.” 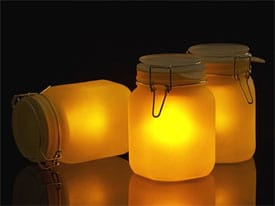 Those of you nostalgic for those summer nights as a kid when you trapped fireflies in the backyard might enjoy these solar-powered jars that emit a golden glow once it gets dark. I only wish they twinkled a bit.

Is Yahoo! playing too hard to get?

Save Ferris? A high school hacker who broke into his school’s computer system and changed his grades could face nearly four decades in jail: “As if changing a few grades wasn’t enough, Khan also allegedly ‘altered the permanent transcripts of at least 12 other students at Tesoro High School’ and installed a malware program on the computer system to give him access from anywhere. He was finally caught when he asked for his own transcript, at which time ‘school officials noted a discrepancy.’ Khan faces almost 70 various felony counts, adding up to a maximum of 38 years in jail.”

Google’s Android platform is expected to challenge the iPhone for dominance in the touchscreen market once devices start to appear that utilize it. Here’s a preview of how it works.

Scientists finally uncovering mysteries of the whale shark: “It suddenly nose-dived, plummeting through the depths towards the sea bed using its tremendous weight to go faster and faster and then suddenly pulling out, using its own momentum. When it reached a certain height it plunged down again as thought it was on a helter-skelter, racing down the side of a hill and then using the speed to get up the other side. It went round and round in a fairly tight circle always maintaining the same undulating movement. It is like the way a bird dives, then soars, using its momentum and gravity to conserve as much energy as possible. It flies like a bird – but, in this case, a bird as large as a bus.” 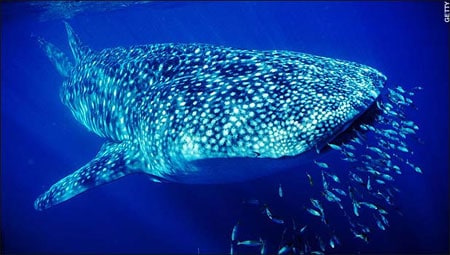 Previous Post: « The Second Coming of Toad Hall?
Next Post: Rearview Mirror: Looking Back at the Week on Towleroad »