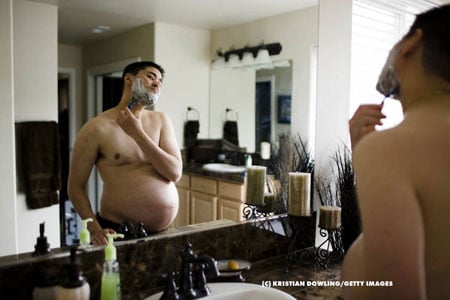 September Films has picked up the rights for a one-hour documentary about transgender man Thomas Beatie called Pregnant Man:

“The company will have exclusive access to Thomas Beatie and his family. Beatie was formerly Tracy Lagondino, a Hawaiian beauty pageant contestant, before he underwent gender reassignment surgery and hormone treatment. Docu will tell the story of his life, from difficult childhood and transgender issues as a teenager, through to the birth of his daughter at an Oregon hospital on June 29…September, which is owned by DCD Media, fought off rival bids for the rights from four other companies. Sheldon Lazarus, creative director of September, said: ‘This controversial and unique story has made ‘Pregnant Man’ one of the most sought after stories to film. September is gaining a truly global reputation for producing these types of documentaries and handling the subject matter in a responsible and sensitive manner.'”