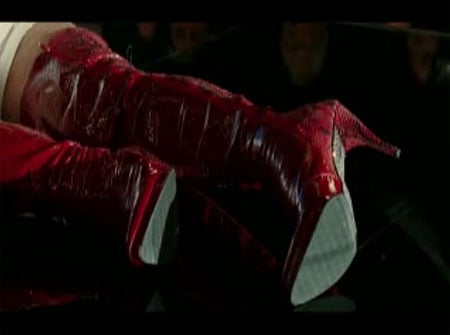 The 2006 film Kinky Boots about a drag queen who helps save a shoe business with a line of fetish shoes has been acquired for the stage by producers Daryl Roth (August: Osage County) and Hal Luftig (Movin’ Out), according to The Hollywood Reporter:

“Although the film is not a musical — it contained just a few cabaret numbers — and also played primarily as a comedy, producers say they want to emphasize the emotional aspects of the story in the theatrical production. ‘The story is really about relationships,’ Roth said, ‘and I want to find the heart at the center of it.’ After seeing ‘Kinky Boots’ at the Sundance Film Festival in 2006, Roth was attracted to its theatrical possibilities and eventually acquired the stage rights from Disney. Roth is one of several producers who has been bringing the theater and film worlds closer together; she recently joined with film producer Richard Gladstein to acquire the film rights for the the novel ‘Apologize, Apologize’ and will develop it for the big screen.”

Jerry Mitchell, who Matthew Rettenmund recently interviewed for this site, is in talks to direct Kinky Boots for the stage.