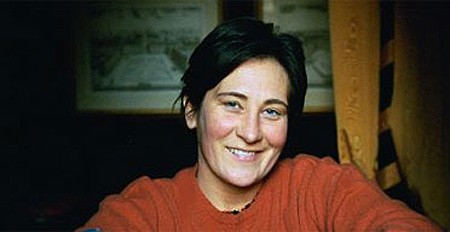 The newswires are atwitter with headlines that kd lang is denying a relationship with Madonna, and I guess Madonna flings are getting attention these days, but the quote has been extracted from a larger and much more interesting profile on the singer in The Guardian in which she talks a lot about sexuality and perception. 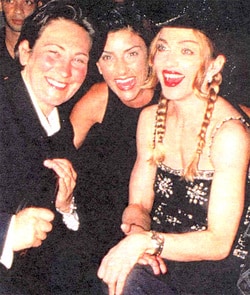 Says lang: “I’ve always had an interesting relationship with my androgyny. It’s kind of breadfruit – it looks poisonous but it’s really good once you figure out how to get into it. I think the combination of my voice and my look was pre-ordained.”

Lang says she often is mistaken for a man: “I like that. I didn’t always, it bugged me sometimes, but I like going through the world kind of ambiguous. I definitely get less harassment, less attention…I remember one time I wore a really tight T-shirt that showed cleavage and some guy looked at my boobs and I was like, ‘what?!’ It was, to me, really crazy. It felt so alien. Being androgynous changes the sexual playing field too, because a lot of gay guys flirt with me, a lot of straight women flirt with me…Or they have – not any more, nobody flirts with me any more.”

And here’s where the Madonna quote came from: “The Britney-Madonna kiss [at the MTV music awards in 2003] annoyed me. I don’t know much about Katy Perry, but I think there needs to be some inning now and then. Ultimately though, it’s all good to play with sexuality and not be the gayest gay and not be the straightest straight. Ultimately, we’re all bisexual, honestly I think that’s true. I think [the gay community’s] fears and expectations are the things that get all flustered when someone like Katy Perry has a song…[Madonna] never came on to me, that was a lot of publicity because we had the same publicist and it helped Madonna and it helped me. I don’t think Madonna ever really liked me, to be honest. We’re very different people.”

Lang has a new self-produced album, Watershed. She released a trailer for it earlier this year, in which she played and discussed some of the music. You can watch it, AFTER THE JUMP…