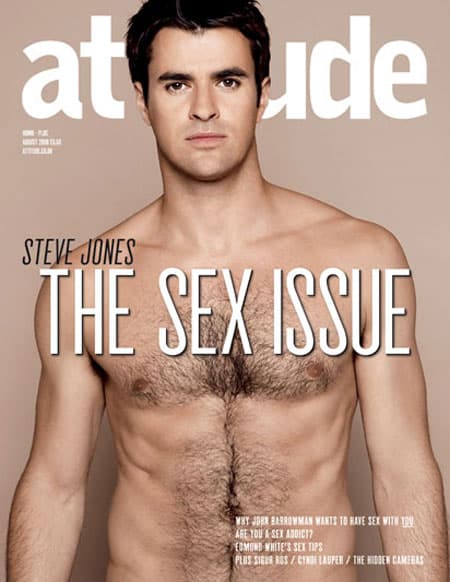 Former Welsh Versace model turned TV presenter/actor Steve Jones, who fronts Attitude magazine’s new “Sex” issue, says he’s jealous of gay men who get to sleep around: “I’ll be sitting in BKB on (London’s) Old Compton Street opposite G-A-Y and see those guys coming out with a different man every night, and I’m just like ‘You lucky b******s,’ I would give anything to have that kind of lifestyle – but the girls just won’t have it.”

He won’t jump into that scene however: “I wish I had it in me to give it a go, but I’m just a girl man through and through.”

And though his experience kissing a man during a game of spin the bottle was like “kissing a corpse” he says he’s game for love scenes on camera: “I would have done them (gay sex scenes.) I would have acted them out. Jake and Heath did it and look at those results – yummy!”

If you’ll remember, earlier this year Jones also seemed keen to step into the naked part recently popularized by Daniel Radcliffe. Check that out, AFTER THE JUMP… 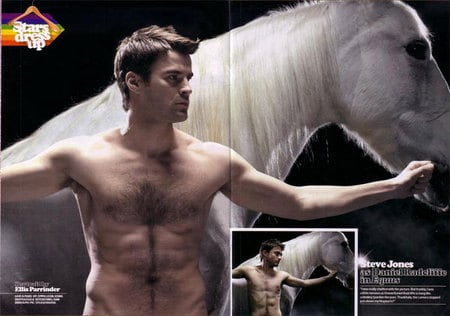