Gay rights activist Peter Tatchell has accused the Vatican of “moral vandalism” for moving the body of Victorian British Cardinal John Henry Newman out of a grave beside his “close friend” Father Ambrose St John. 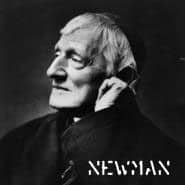 Said Tatchell: “Newman repeatedly made it clear that he wanted to be buried next to his life-long partner, Ambrose St John. No one gave the Pope permission to defy Newman’s wishes. The re-burial has only one aim in mind: to cover up Newman’s homosexuality and to disavow his love for another man. It is an act of shameless dishonesty and personal betrayal by the gay-hating Catholic Church.”

The Times reports: “Arguably the most famous convert to Catholicism in Victorian England, Newman was originally an Anglican clergyman who spearheaded the Oxford movement which attempted bring the Church of England back to what he viewed as its Catholic origins. After a prolonged bout of self-questioning, Newman converted to the Catholic Church in 1845. Upon his death in 1890, Newman was buried alongside his close friend, former companion and fellow convert, Father Ambrose St John. Previously, they had shared a house.”

The Catholic Church called Tatchell’s suggestion that the two were romantically involved a “trick of homosexual activists,” saying “Now Cardinal Newman’s great friendship with Ambrose St John is being slyly suggested as evidence of his being subject to a disordered sexuality. The utter absurdity of this idea speaks for itself.”