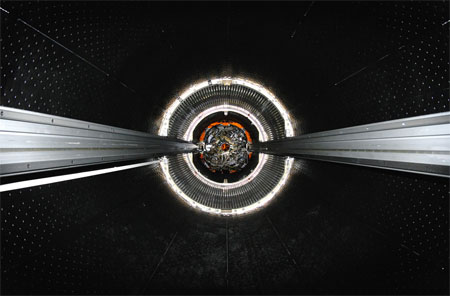 The Large Hadron Collider at the European Organization for Nuclear Research, or CERN, was switched on today as scientists attempted to detect the tiny particles that make up so-called “dark matter” by recreating the conditions present moments after the ‘Big Bang’ that created the universe occurred. 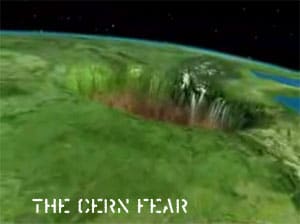 The first test was successful.

News Factor reported: “The LHC is a 27-kilometer ring located in the outskirts of Geneva, Switzerland, around which high-energy protons will be smashed together in two counter-rotating beams. More than 1,000 magnets will keep the beams — each containing millions of protons — on a circular path around the collider, while hundreds more keep the beams focused. The beams will travel at almost the speed of light. What’s the point? To replicate as closely as possible conditions in the universe immediately after the Big Bang, and to search for the elusive Higgs boson, an undiscovered particle that is required for physics’ Standard Model to work. The Higgs boson — popularized as ‘God’s particle’ — was theorized in 1964 by Peter Higgs and independently by a number of other physicists.”

Some amazing shots of the Hadron and its construction at the Big Picture.

Some theorized that the test would create a miniature ‘black hole’ that would begin to devour the Earth, sucking the planet into itself and leave it as a ball of glowing, dense dark matter.

A frightening apocalyptic animation of what a few people feared would happen and a video of how it works, AFTER THE JUMP…

And here’s how it works:

Previous Post: « McCain’s Latest ‘Perverse’ and Despicable Attack on Obama
Next Post: Why McCain’s ‘Lipstick on a Pig’ Sexism Claims Hold No Water »