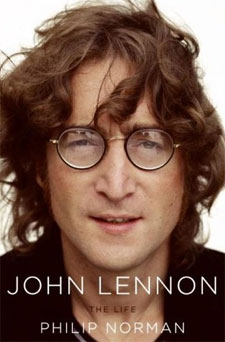 Tim Gunn blown away by Christian Siriano’s debut collection: “His namesake line, shown to an audience of the show’s alums and judges, was indeed a remarkable achievement. Along with futuristic skinny pants and ruffled blouses, Siriano unveiled looks that are already his signature styles, like layers of chiffon circles.” Gunn: “I expected to be wowed. You know, in my own way I’ve been in this industry for a long time, and I’m a bit jaded, but I was blown away.”

Pamela Anderson on Sarah Palin: “I can’t stand her. She can suck it.”

British pop star Will Young wants to find a husband and have kids: “I would love to be a parent one day. Obviously it won’t be happening soon because I am still single. But having a family and bringing up children is something I have thought about a lot recently. Gay marriage and civil partnership is a great thing. It means more rights for same-sex couples. It is safer and there are relationships now that provide a perfect set-up for bringing up children. I was thinking about the future and the idea of bringing up a child and helping them through life is something that appeals to me hugely…” 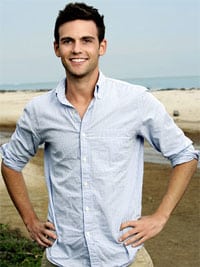 Reality Blurred interviews gay Survivor: Gabon contestant Charlie Herschel: “I’m not sure if there is a golden rule book for how you should play this game. People who do well go in flexible,” he said. “The thing I’ll need to do is tone it down and be less paranoid, be less aaah!, and make people perceive that I’m comfortable—but I don’t think I’ll ever be comfortable in this game.”

Poll says taller men happier: “Data from a Gallup-Healthways Well-Being Index study found taller people were more satisfied with their lives, more likely to report positive emotions like enjoyment and happiness, and less likely to report emotions like anger, sadness, and stress…The Gallup data suggested it would take a 29 percent increase in income to have the same effect on men’s life satisfaction as moving from below-average to above-average height.”

Lance Bass on Dancing with the Stars and the rumors that he might have had a male partner: “That was just a rumor, for sure. I don’t think anyone dealing with the show … I don’t even think that came across their minds. This competition is for a male and female partner — that’s the way the judges judge. I don’t think it would be an even playing field if we were to do it…And who would wear the dress? Come on now [laughs]. 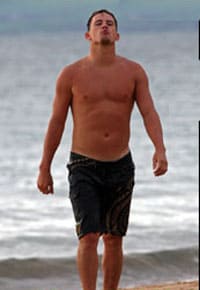 A kiss from Channing Tatum.

Obama’s gay mentor speaks out. Professor Lawrence Goldyn: “He was one of those unusual, straight young men who was secure enough in his sexuality that he was not fearful of being associated with me, whether that involved taking a class or just talking socially.”

South African church sends letter to teacher after firing him because he’s gay: we didn’t mean to hurt you.

CDC reports alarming rates of HIV infection among black gay men: “The biggest percentage (46%) of HIV/AIDS infections in 2007 in US has been reported among men with homosexual orientation. Black Americans are seven times more likely to be infected than whites. Afro-Americans are the most exposed male human beings to HIV infection (annual rate of change 14.9 percent), followed by Caucasians (9.4 percent annual increase) and Hispanics (7.9 percent).”

Gay Ugandan threatened with deportation by the UK: “Mr Nyombi is being removed from the UK after spending seven years working and living in Portsmouth. He is now faced with the possibility of life imprisonment or even death when he returns to Uganda on Sunday. ‘I don’t know what will happen because in Uganda they don’t like my sexuality,’ he said. ‘I have got good friends here who welcomed me. ‘They understand and they have been very supportive. They were really shocked. ‘I have never had a day off work. I’ve never been in trouble.'”