Last month, the Boston Herald reported (the article is now archived but here’s a duplicate) that John McCain had returned a $2,300 donation from Jonathan Crutchley, the former Chairman of the nation’s largest gay sex hook-up website Manhunt. 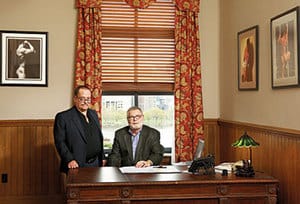 Manhunt co-founder Larry Basile, told the Herald that Crutchley was informed the money would be returned. Said Basile: “Politically, it was just off-base, with the whole feeling over here at Manhunt. Boy, was I embarrassed when I found out he gave $2,300. [Crutchley] said, ‘If John is too good for my money, I’ll give it to (presumptive Democratic nominee) Barack (Obama).'”

Crutchley was forced to step down from the board of the company, which OUT magazine reported pulls in $30 million a year from its mostly gay members, after news of the donation was revealed. Larry Basile, Manhunt’s co-founder, released a statement saying that the “entire board was in disbelief” that Crutchley made the donation.

At the time, Crutchley defended his donation in a thread at Online Personals Watch. That comment has since been mysteriously deleted from the thread. Here’s a screenshot we captured of it in August.