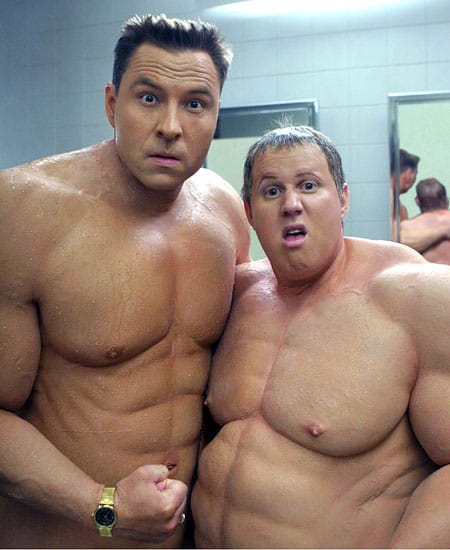 Rosie O’Donnell isn’t the only guest star on the new Little Britain USA. Sting reportedly makes an appearance on the American adaptation and the show’s stars David Walliams and Matt Lucas (seen above as new characters Tom and Mark) say he was more than happy to engage in some man-to-man spit-swapping as part of his gig: 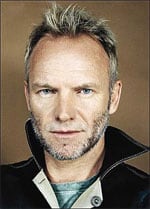 “Walliams says guest star Sting seemed more than happy to try out a steamy gay tongue tussle with him during filming. ‘David gets to snog Sting, but that’s no surprise. It wouldn’t be Little Britain if he wasn’t dressing up as an old woman or sticking his tongue down another man’s throat,’ said Lucas, 34. Walliams retorts: ‘Can I just say that Sting was well up for it? I had to kiss him four times and each time I did it, it got longer and more passionate. He didn’t mind one bit! The pair say they have ramped up the antics for the American audience, adding ‘it probably goes a bit further than ever.'”