Organizers predicted thousands would show up to a rally in support of Florida’s Amendment 2 at a Baptist church in Orlando, but the rally drew about 700, according to the Sentinel. 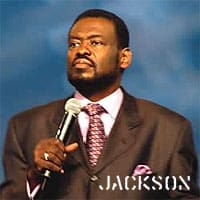 Bishop Harry Jackson, pastor of Hope Christian Church near Washington, D.C., and a national “pro-family” leader, spoke at the rally and released this statement:

“There is a national agenda by the homosexual lobby to break down and redefine the family. If we do not protect marriage now, then their agenda will advance and we will face a threat to our religious freedom to preach the full truth of God’s word on issues like this.”

John Stemberger who runs the campaign for Amendment 2, echoed Jackson’s remarks: “We’re not here against anyone. We’re here for marriage. This is not a Democrat-Republican issue. It’s a human issue. It’s a moral issue.”

According to the paper, “Stemberger said many people from black churches who would have ordinarily been there may have instead chosen to attend the Barack Obama rally that drew tens of thousands at Amway Arena.”

‘Yes on 2’s most recent ad claims that “no one loses benefits” and the amendment simply changes the language in the constitution. It’s a lie (see ‘No on 2’ ad I posted yesterday). See them both, AFTER THE JUMP…