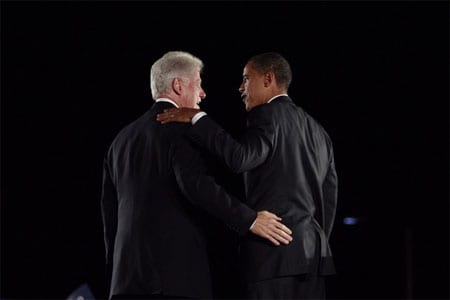 Though his support immediately following the primaries was often questioned, Bill Clinton was on fire for Obama last night in central Florida. More than 35,000 were on hand according to the Miami Herald: 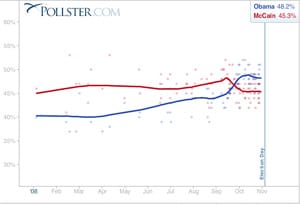 “Taking jabs at Republican nominee John McCain’s choice of Sarah Palin as a vice presidential pick and denouncing the last eight years of President Bush’s administration, Clinton echoed the rallying cries for ”change” that have been a trademark of the Obama campaign. ‘Folks, we can’t fool with this,’ Clinton told the boisterous crowd that braved the chilly conditions at Osceola Heritage Park. ‘Our country is hanging in the balance, and we have so much promise and so much peril. This man should be our president.'”

Al Gore will rally for Obama Friday in Palm Beach.

Watch part of Clinton’s speech, AFTER THE JUMP…