The Queen and her concessions stands are being accused of homophobia after the Time Out Gay and Lesbian London guide book was refused for sale at Historic Royal Palace bookshops including the Tower of London bookshop, along with Hampton Court Palace, Kensington Palace, Kew Gardens and the Banqueting House. 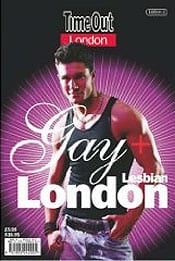 “It had been suggested that Time Out Gay And Lesbian London could be sold at the Tower of London, Hampton Court Palace, Kensington Palace, the Banqueting House and Kew Palace. The idea was raised by the bookshop Foyles, which until April last year ran concessions at the tourist attractions. But a source close to the discussions said the list was ‘censored’ by management at Historic Royal Palaces, an independent charity which manages the sites on behalf of the Queen. Last year the concessions were taken over by HRP itself but, say sources, there are still no plans for the gay guides to be stocked – suggesting the ban is still in place. Gay rights campaigner Peter Tatchell called on the Queen to make clear that discrimination was unacceptable in her palaces, saying: ‘It seems the only reason this entirely legitimate book was excluded was because of its gay and lesbian content, which is blatant homophobia. It’s shocking, pure prejudice.”

The HRP defended its policies: “We do stock a small range of ‘A to Zs’ plus a number of restaurant and hotel guides aimed at international visitors but our visitors tend to have their own guides to London with them when they visit.”