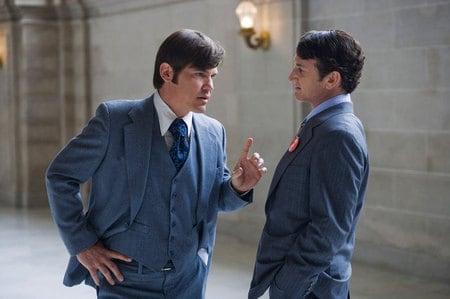 The NYT reports on Gus van Sant’s forthcoming Harvey Milk biopic. They talked with producer James Schamus about recreating the atmosphere in San Francisco at the time of Milk’s rise:

“‘You’re giving me an acid flashback to all the chatter before Brokeback, said James Schamus, chief executive of Focus, responding to a question about the universal message in Mr. Milk’s struggles. Those could turn on matters as weighty as gay rights, or as slight as an ordinance requiring dog owners to clean up after their pets. ‘Harvey said, ‘This is a quest for everybody’s rights,” Mr. Schamus said. ‘That was his genius.’ If the ranch hands of ‘Brokeback’ were subdued, nothing about Mr. Milk was. He loudly insisted that gay people should be out of the closet, at a time when public homosexuality was largely confined to San Francisco and a few like-minded enclaves.”

After 30 Years, a Film Returns to a Harrowing Time in San Francisco [nyt]