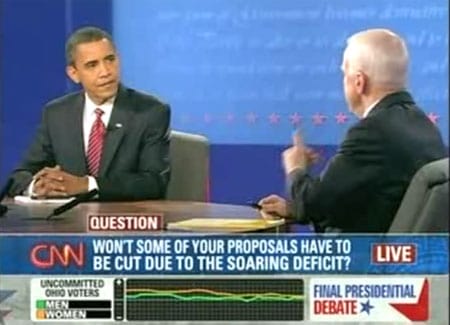 Said McCain at one point during the Hofstra debate (which was widely considered to be McCain’s best quip of the night), after Obama compared him with George W. Bush:

“Senator Obama, I am not President Bush. If you wanted to run against President Bush, you should have run four years ago. I’m going to give a new direction to this economy in this country.”

The Obama campaign has released a response clip, as well as a new ad.
Watch them both, AFTER THE JUMP…

And the new ad: