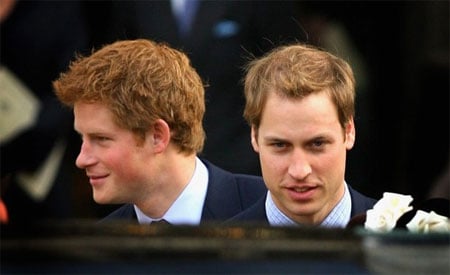 From the department of useless polls comes this news:

“More than a third those questioned expressed a desire for a romance with Harry while William received 23 per cent of the vote. A third of the single gay men said they would steer clear of both…Adrian Gillan, spokesman for gay-PARSHIP (which conducted the poll), said: ‘This fraught romantic vote suggests divided royal loyalties. Indeed, many gay male singles are so torn they say they would need to date both our young princes, whose female love interests prove only slightly less of a queer pull. Being part of an inclusive, modern monarchy, William and Harry will be delighted that they and their close circle can arouse such strong emotions from Britain’s homosexual subjects.”