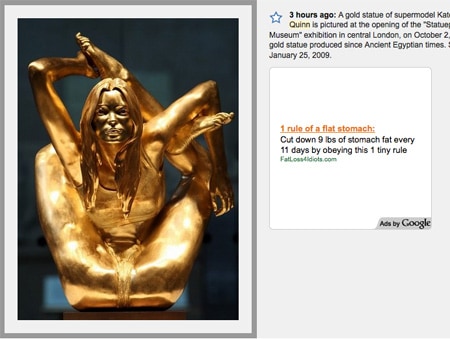 Artist Marc Quinn unveiled a solid gold statue of Kate Moss in London as part of an except called “Statuephilia: Contemporary Sculptors at the British Museum”.

But what you really have to love is the contextual ad that pops up on the report about it. 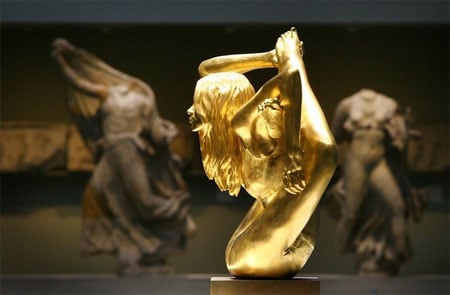