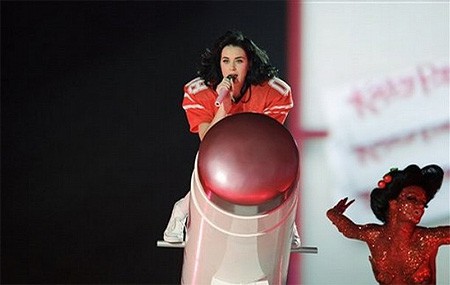 Across the pond there were other concert shenanigans happening.

So much gender confusion, I can’t take it!

Perry later sat inside a giant banana and wore that Obama dress that was featured on the Paris runways earlier this year. 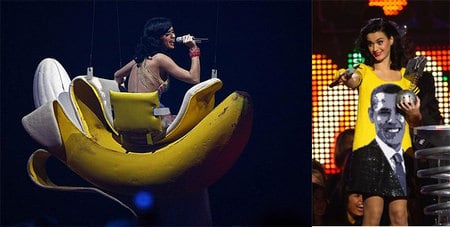