Michelangelo Signorile talks to a Mormon from Texas who donated to ‘Yes on 8’. This is what we’re up against. 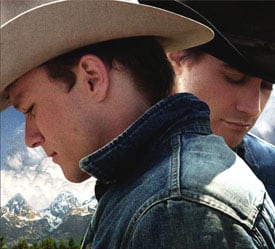 Now we know who can play ‘Joe the Plumber’ in the McCain biopic.

Australian LGBT youth suicides at disturbingly high levels: “Open Doors surveyed 164 LGB students across the state, and 37 per cent of respondents said they had attempted suicide in the last 12 months, with 82 per cent considering taking their own life. The report also revealed a general attitude of fear among LGB students, with 81 per cent saying they had experienced bullying based on their sexuality.”

Anti-gay graffiti discovered at torched home near Charlotte, North Carolina: “Fire investigators declared the home a total loss and sent samples from a bedroom to an SBI lab for testing. Meanwhile, sheriff’s Maj. Coy Reid said detectives have one suspect in the case after conducting interviews. Found on a back wall of the house were graffiti of slang words referring to homosexuality. ‘We’re trying to figure out where that came from and if that is tied in with the fire,’ Bump said.” 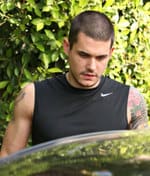 Fear in Florida that the state could become home to immigrant population of five-inch Madagascar hissing cockroaches. In related news, Kentucky man moving to Florida.

Stevens vs. Begich: 90,000 more votes to be counted tomorrow in Alaska Senate race. 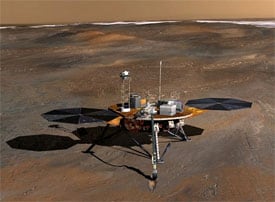 Mission over for Mars Lander: “Engineers have not heard from the craft since Sunday 2 November when it made a brief communication with Earth. Phoenix, which landed on the planet’s northern plains in May, had been struggling in the increasing cold and dark of an advancing winter. The US space agency says it will continue to try to contact the craft but does not expect to hear from it.”

McCaskill being discussed as DNC Chair Howard Dean’s replacement when he steps down in January: “In sheer political terms, the choice really wasn’t Dean’s to make. Indeed, any decision on who will serve as the next DNC chair will come with directives from Obama and his aides. And a name being floated around as a possible Dean replacement is one of the president-elect’s closest allies: Claire McCaskill, the junior Senator from Missouri and a national co-chair of the Obama campaign.”

CG Animated Wizard of Oz in the works: “The English-language adaptation maintains the tale’s main characters and settings. Unlike the MGM classic, however, it’s not a musical.”

Levi’s presents the “People’s Premiere” of Milk. Blogger Joe.My.God attended it and has photos. 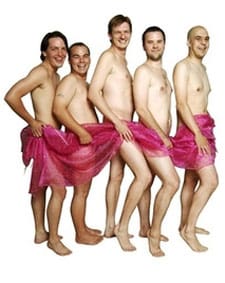 Naked Boys Singing and ACLU sues the city of Milwaukee for shutting down their show three years ago: “The city temporarily shut down performances of ‘Naked Boys Singing!’ in August 2005 while it considered the Milwaukee Gay Arts Center’s application for a theater permit. The group later received a permit and reopened the show. Larry Dupuis, legal director for the American Civil Liberties Union of Wisconsin, which is handling the case, said the city’s enforcement seemed unusually zealous, even given the musical’s content.”

Brad Pitt roughed up by his own security detail?

Study on the failure rates of mobile phones.

Vancouver to rally against Fred Phelps and the Westboro Baptist Church, which continues its crusade against The Laramie Project.

Regular: Palin to have rummage sale?